in About Arthur, Contemporary Teachers, Eugene Burger, Getting Started in Magic, Jeff McBride / by Admin
September 7, 2012

I don’t like competitions, especially when it comes to art. The idea of a “best film of the year” seems absurd.

In the world of the art of magic, there are many competitions. Perhaps the most prestigious one, whatever that really means, is sponsored by the 65 year old magic organization called FISM, the Federation Internationale des Societes Magiques (aka the International Federation of Magic Societies).

In July, FISM held its 25th World Championships of Magic in Blackpool, England and presented an award in a category called “Thought” to Eugene Burger.

More than once, when Eugene and I have been in the same room, someone makes a remark like “Hey Eugene, you have competition,” and then points at me.

Eugene Burger is a brilliant performer and teacher. And I am his student. The first time I ever saw “Card Warp” performed was when Eugene performed it. It is an extraordinary illusion, and I am always prepared to perform it at a moment’s notice.

A few years after I saw Eugene Burger’s performance of “Card Warp,” Eugene taught it to me when he and my wife Bobby and I sat in Jeff McBride’s back yard in Las Vegas.

Am I name-dropping here? No. I’m just trying to do what may be the only possible redeeming value of competitions: spreading the word about artists who might be new to you.

Eugene Burger and Jeff McBride are two magicians I will write much more about in the future.

Several years ago, one of my children invited me to attend a class she was taking at her University. The professor, she told me, was one of the better teachers at the school, and he was also a part-time magician.

I attended the class and the professor was, indeed, quite an engaging teacher.

When the class was over my daughter introduced me to him. After thanking the young professor for allowing me to sit in on the class, and after praising his talent as a teacher, I told him that I too was interested in magic.

The professor said, "Funny, just yesterday I met the father of another student who also mentioned he was a magician."

He then said, "You know the double lift?"

"Well," the professor continued, "I couldn't believe the man didn't know a double-lift. Every magician has to have the double-lift, basic palm, a few false shuffles and false counts in their arsenal. It's a must."

The professor did not seem to be dogmatic in his class, but after a few more minutes of conversation I had more than enough.

Or the word "should."

The world would be a better place if we all stopped "shoulding" on each other.

The first Magician I ever saw…

Shari Lewis, the extraordinary ventriloquist, entertainer, magician, and more, came to my town when I was 6. A few hundred children raised their hands when Shari asked for a volunteer. Shari selected me. I went on stage and stood next to Shari as she created an animal from balloons and then turned it into a hat. I wore the hat home.

Over 40 years later Shari Lewis spoke at a Jewish Book Fair in New York City. I spoke there too. I told Shari of the first time she and I met. Shari was the first magician I ever saw. 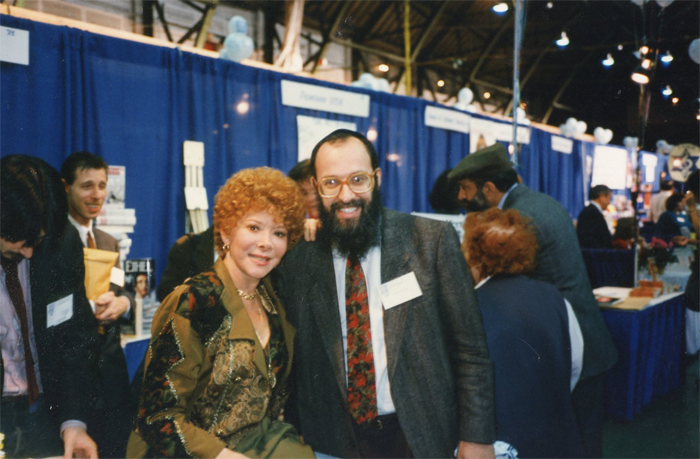 The Possibilities of Magic

Many magicians, through books and lectures and blogs, have addressed the question of the "real" goal of magic tricks. There are lots of theories and beliefs about it, and I have my own.

Some magicians say, "I just want to entertain."

And still others, whether they are conscious of it or not, want their audiences to be both fooled–and to feel foolish.

More and more frequently I hear magicians say their magic is dedicated to reminding their audiences of the "wonder" or "mysteries" or "astonishment" or "amazement" in the world.

If I want to see the experience of wonder, I can watch children in a playground; their wonder is wonderful.

If I want mystery, I need only look up at a star-filled sky on a clear night. If I want astonishment or amazement, any issue of National Geographic provides these things generously.

I don't need linking rings, however artfully done, to bring me those precious experiences and emotions.

Nor do I need a masterful cut-and-restored rope trick to remind me of the magic of life: the delivery room at any hospital displays more wonder and awe in a average day than all the magic shows I've ever seen.

I'll be exploring and expressing my own answers to these questions in this blog.

in About Arthur, French Drop, Getting Started in Magic / by Admin
August 7, 2012

There was a time when I thought my father could do anything.

It was more than the fact that to this day (he's 90) he executes the best French Drop I've ever seen.

When my third grade teacher, in preparation for our class play about George Washington, mentioned our need for a three-cornered hat, my arm shot up and I said to the teacher and to my classmates, "My father can make one."

While I was growing up, my father would often bring his toolbox to the relatives and friends our family visited. More often than not, there was something the host needed fixing around their apartment or house. I think my father has always enjoyed the challenge.

So, rather than anger for my unauthorized "volunteering" on his behalf, my father looked in our encyclopedia for pictures of three-cornered hats but didn't find much. He then looked in the Yellow Pages to locate a costume store; perhaps it would be easier to just buy one.

A few towns away was a costume shop, but our visit did not result in finding a suitable three-cornered hat; we went home and my father did indeed make one.

But the costume store had a magic counter.

Before we left the shop, my father purchased what would become my first magic trick: Penny to Dime. It was poorly made and it broke within a few hours. But my father fixed it, improved it, and demonstrated an element of misdirection to improve my presentation.

My father was not a magician nor a professional handyman. But everyone who has known him  has discovered he is a very handy man. And, in fact, a superb magician.