in About Arthur, Contemporary Teachers, Eugene Burger, Getting Started in Magic, Jeff McBride / by Admin
September 7, 2012

I don’t like competitions, especially when it comes to art. The idea of a “best film of the year” seems absurd.

In the world of the art of magic, there are many competitions. Perhaps the most prestigious one, whatever that really means, is sponsored by the 65 year old magic organization called FISM, the Federation Internationale des Societes Magiques (aka the International Federation of Magic Societies).

In July, FISM held its 25th World Championships of Magic in Blackpool, England and presented an award in a category called “Thought” to Eugene Burger.

More than once, when Eugene and I have been in the same room, someone makes a remark like “Hey Eugene, you have competition,” and then points at me. 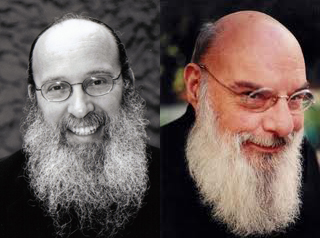 Eugene Burger is a brilliant performer and teacher. And I am his student. The first time I ever saw “Card Warp” performed was when Eugene performed it. It is an extraordinary illusion, and I am always prepared to perform it at a moment’s notice.

A few years after I saw Eugene Burger’s performance of “Card Warp,” Eugene taught it to me when he and my wife Bobby and I sat in Jeff McBride’s back yard in Las Vegas.

Am I name-dropping here? No. I’m just trying to do what may be the only possible redeeming value of competitions: spreading the word about artists who might be new to you.

Eugene Burger and Jeff McBride are two magicians I will write much more about in the future.